Nestled between the Expressway and the Grand River is the neighbourhood of Chicopee. The neighbourhood is both small and spacious, with its curving streets and crescents hosting modest suburban housing. 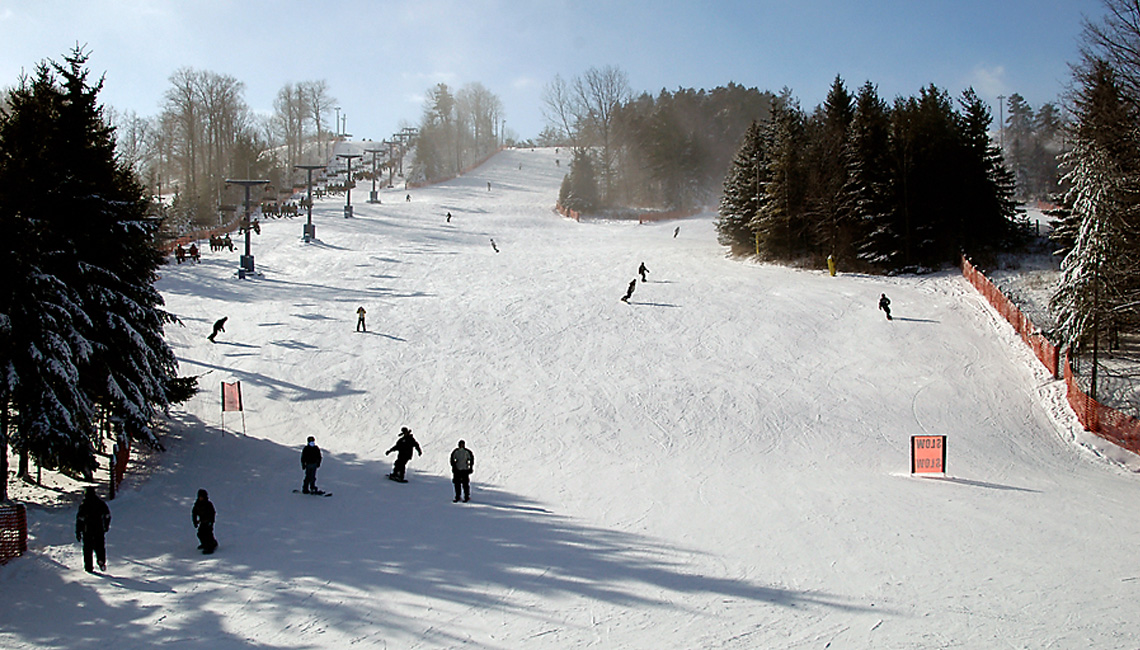 The dominant landmark in the neighbourhood is Chicopee Ski and Summer Resort, Waterloo Region’s only ski hill. The resort, open year-round, offers ski hills and a winter tube park in the winter time, and summer camps, bike trails, beach volleyball, tennis, and other outdoor fitness activities in the summertime. In addition to the resort, the neighbourhood is also home to a number of parks, particularly Morrison and Morgan parks. The Grand River is a significant and picturesque piece of the landscape, as is winds through the eastern border of the neighbourhood. Residents can enjoy this natural beauty by visiting the Grand River Natural Area in the northeast section of the neighbourhood, or by biking, walking or running on the Chicopee-Vale Trail. The neighbourhood’s southern residents can also take advantage of the river’s vistas at Schneider Park, located between the Expressway and King Street East. In addition to land activities, Schneider Park also is major launching site for canoes and kayaks.

Aside from its natural beauty, Centreville/Chicopee is conveniently located near the Expressway and the 401. It is also served by the Fairview Park (7B) and the Chicopee (27) bus routes, and, as of 2018, will also be closely located to the most southerly stop of the Waterloo Region Light Rail Transit (called “Ion”). The neighbourhood is also a prime one for shoppers, as it is located just minutes from Fairview Park Mall, Kitchener’s premier shopping destination. In addition to the mall, Fairview Road contains a plethora of big box stores and restaurants.