Step into Pioneer Tower and you will be amazed at how many different characteristics one neighbourhood can have. The first thing to be noticed is the stunning upper-middle class suburban homes. The backyards of many homes in the neighbourhood are also the envy of the Region, as they look over the Grand River and the beautiful Deer Ridge Golf Course. As you wind through the neighbourhood, however, one could be excused for looking past the newness of it all and embracing the history that is quite literally at Pioneer Tower’s doorstep.

Looking prominently over the, the slow, winding Grand River is Pioneer Memorial Park, which contains its namesake Waterloo Pioneer Memorial Tower. This tower, built in 1926, commemorates the arrival of the Pennsylvania-German pioneers to the Waterloo region between 1800 and 1803 and is one of the Region’s most significant cultural and historical links to the past. In addition to its historical importance, the tower also sits on a ridge above the river, offering one of the Region’s premier views of its most important waterway. The tower and its accompanying centuries-old cemetery sit just feet from homes in the neighbourhood and offer a picturesque and constant reminder of the Region’s rich agricultural history. 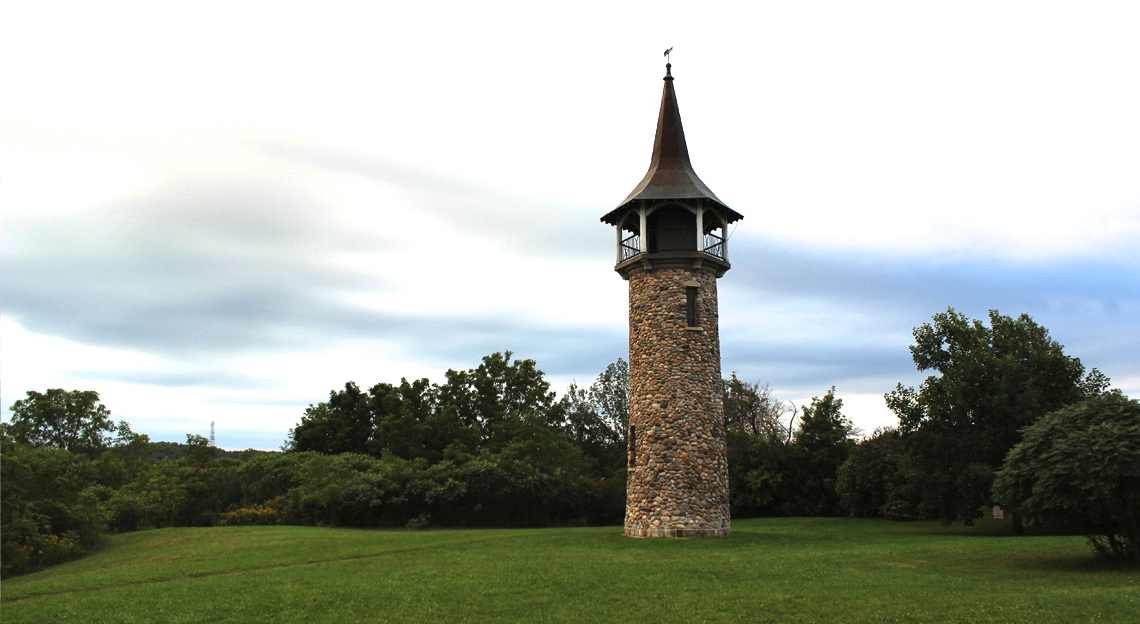 The historical landmark has recently been upgraded and supplemented by improvements to the Pioneer Tower Natural Area, which hosts a trail which follows the Grand River south, crossing the river on a brand new pedestrian bridge which leads onto the Doon Valley Golf Course. It also passes by the Riveredge Golf Course, as well as the Pioneer Camping Club. The trail, popular with walkers, bikers and bird watchers, is a perfect and attractive option to those who enjoy an active lifestyle.

The neighbourhood is also home to one of Kitchener’s most prestigious shopping areas, as the recently developed Sportsworld Crossing shopping centre offers choices for a variety of shoppers. The adjacent area also contains other destinations, including restaurants, big box stores, a movie theatre and more. The neighbourhood is also conveniently located at the crux of the 401, King Street East and the Expressway, offering a plethora of driving options for within or outside of the Region. The area is also serviced by the Fairview Park/Ainslie St (52) bus service, which runs throughout both Kitchener and south to Cambridge.