The southern edge of Kitchener is a mix of city, nature and agricultural areas. Nestled within this mix are the communities of Brigadoon and Huron Park.

Brigadoon is a modern area filled with upper middle income suburban homes. Bordered by Huron Road and Homer Watson Boulevard on the north, the neighbourhood’s southern border is a mixture of farmland and forested areas. Within the neighbourhood, Brigadoon Woods, Strasburg Creek and Brigadoon Park lace their way through the neighbourhood, creating a scenic backdrop for many of the homes which have the forest connected to their backyard. Despite the suburban nature of the area, such a natural area allows for an intimate and private feeling throughout the neighbourhood. Brigadoon is also home to the Hearthwood Dr Trail and a number of parks. 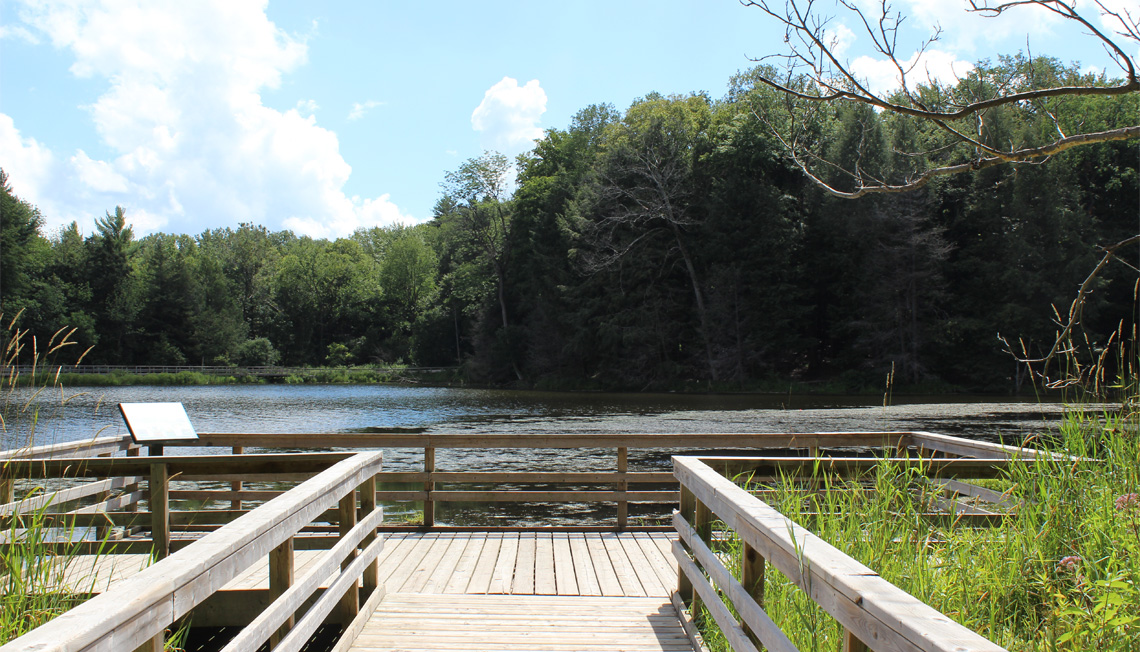 Huron Park is among the newest developments in the Region, with new suburban homes dotting a dense network of streets and cul-de-sacs. The neighbourhood is bordered by Fischer Hallman Road in the west, and by Huron Road in the south and southeast. Both of the main thoroughfares offer quick access out of the city and to the 401. The new homes offer a good family atmosphere, while sitting apart from the busier areas within the city proper. Of particular note in Huron Park is the Huron Natural Area, a large conservation area that includes ponds, creeks and a network of paths. These paths are popular in both winter and summer, as nearby residents can walk, bike or roller-blade into the park and take advantage of the fishing, bird watching or the general peace of the forest. The area also offers wonderful cross country skiing opportunities, as well as the ability to play hockey on one of the many ponds within the area.

Both neighbourhoods are served by Huron Heights Secondary School, the newest secondary school in Kitchener. The neighbourhoods also have Grand River Transit service through the Huron and Forest Glen buses, both of which serve to connect the area to the rest of the Region.