Alpine Village, located in the heart of south Kitchener, offers multiple amenities. Bordered by Ottawa street on the north and Block Line Road in the south, with Strasburg Road making up its western boundary and Homer Watson it’s eastern, this is one of the smaller neighbourhoods in the Twin Cities. Within its borders exists streets lined with mature trees offering a canopy to modest, post-war suburban homes. 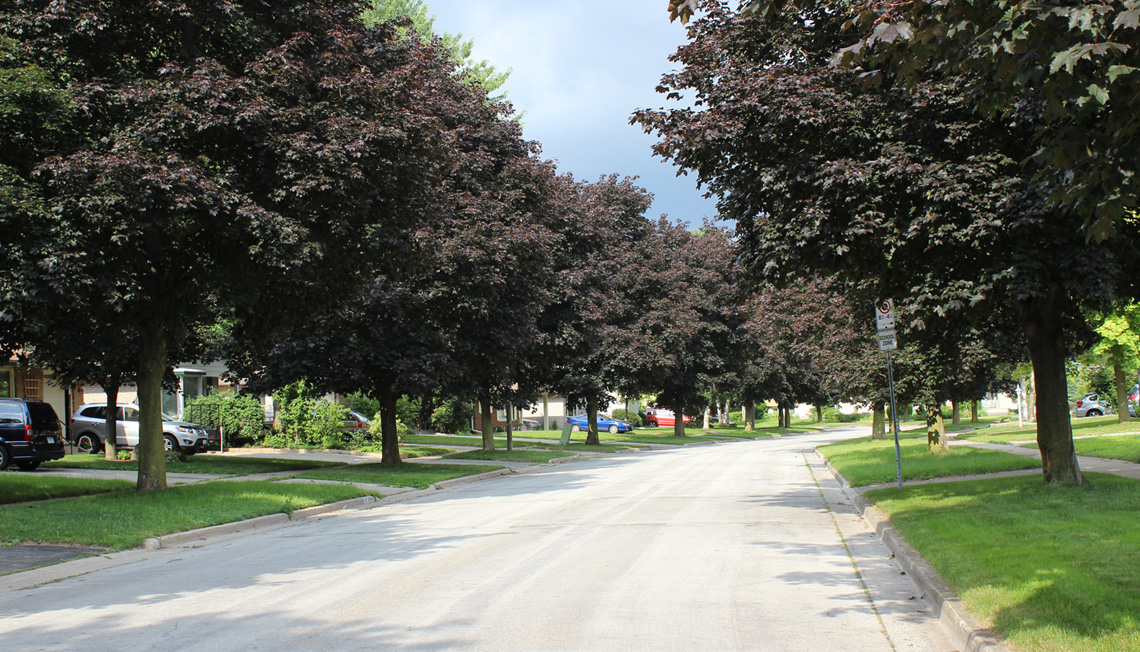 At the centre of the neighbourhood is Alpine Park, made up of a forest that hugs the nearby homes and provides green space within the heart of the neighbourhood. Directly to the west of the neighbourhood is the recently refurbished McLennan Park. McLennan Park, a former dump site, has been transformed into a green, urban mountain, with spectacular views of the surrounding region from its peak, as well as tremendous tobogganing opportunities during the winter. The park also includes a BMX and bike trail, skateboard park, walking and cycling paths, a dog park, playground with splash pad, and volleyball and basketball courts. The park is easily accesses by using the Hydro Path, which runs directly through Alpine Village just north of Block Line Road.

McLennan Park has been transformed into a green, urban mountain, with spectacular views of the surrounding region from its peak.

Alpine Village is also conveniently located next to the Laurentian Power Centre and other shopping areas, making it easy to pick up groceries, clothes or stop in for a bite or a drink at the local restaurants. The neighbourhood is also conveniently located near the Conestoga Parkway, which can be accessed via Ottawa Street. The neighbourhood is also well serviced by public transit, as the Forest Glen Terminal is located just south of Block Line Road on Strasburg Road. The terminal allows for connections to bus routes traversing the entire Twin Cities area.

Alpine Village is conveniently located next to the Laurentian Power Centre

The neighbourhood is represented strongly by the Alpine Village Community Association, which holds monthly meetings and works to enhance and promote the neighbourhood. Of note are the association’s Halloween events, which include a Food Drive and a “Best Decorated House” competition. Schools in the area include: